music brings us together

Jazz Unlimited is a festival hosted by the Music department at CBC.

This event involves about 4,500 student performers from groups around the Northwest, including high school concert bands, middle, junior high, and high school jazz bands, concert choirs, and jazz choirs. We have schools from Washington, Oregon, and Idaho competing. 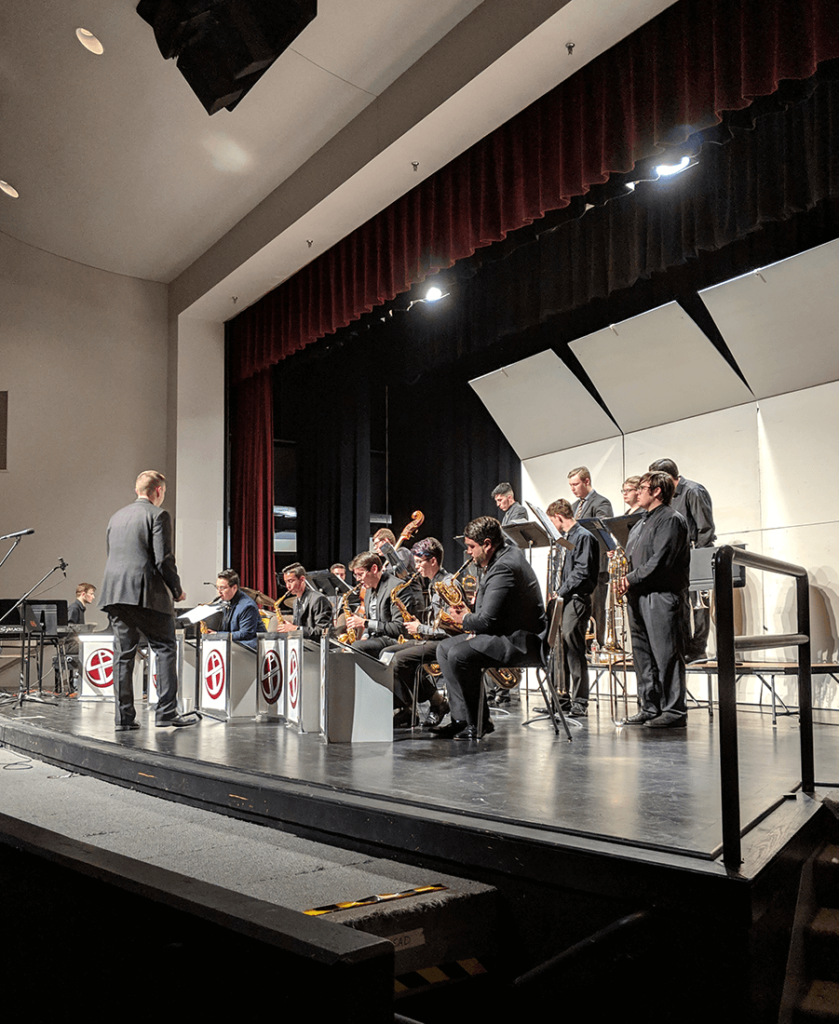 The first Jazz Unlimited was jointly hosted by Tri-Cities high school music departments in 1971 with nine high school jazz bands participating. It continued the following year with assistance from the Tri-City Water Follies Association, thus the name “Jazz Unlimited” – a reference to the unlimited hydroplane races.

The festival site was moved to CBC in 1973 when Don Paul moved here from Kennewick High School. Eventually, the sponsorship of the Water Follies Association was dropped but the name “Jazz Unlimited” was retained.

Since its inception, the festival has grown until as many as 45 bands and choirs have participated–the maximum that our limited facilities can accommodate.

If you have questions regarding Jazz Unlimited, please reach out!