Below learn more about the different performance groups in music: their history, group dynamics and music genres.  They work very hard each quarter to present quality and entertaining events for our patrons

If you, or someone you know, is looking for education in music, to participate in the CBC Arts Center is an exciting option very much worth inquiring about.  Come to the concerts, meet the directors and talk to the individuals on stage after the event or talk with other patrons.  We are proud of who we are and what we offer.

The CBC Jazz Ensemble, under the direction of Dr. Collin Wilson, has been in existence for over 40 years.  John Fitzpatrick, an excellent clarinetist, saxophonist, and the first director of the band, hosted jazz workshops and guest artists such as Cannonball Adderly.  In 1973, Don Paul, who took the job after Fitz’s untimely death, continued the jazz program and brought the Jazz Unlimited festival to CBC. The band twice attended the festival at Orange Coast College in California and took yearly tours of the Northwest. From 1983-1986, the jazz band and Jazz Unlimited festival was headed by well-known composer/arranger Dave Barduhn, whose groups made some of the first recordings of the CBC jazz band.  In the fall of 1986, Mel Clayton filled Barduhn’s shoes for a year, directing the jazz band and running the festival.  In 1987, Randy Hubbs became the director. Read More

Under his direction, the band maintained an active performing, touring, and recording schedule, and was invited to perform at the University of North Texas Jazz Festival in Addison, TX.  Since 2016, Dr. Wilson, has continued the tradition of performing excellence that has become a hallmark of the CBC bands, including winning the collegiate division at the Lionel Hampton Jazz Festival in 2018.  To audition for the CBC Jazz Ensemble, or other inquiries, please email Dr. Collin Wilson or call 509-542-4398.

The Columbia Basin Concert Band was first formed in the fall of 1974 by Don Paul. The purpose of this group is to provide an opportunity for individual musical expression and growth during one’s membership as well as contribute to the musical and/or cultural environment of the Tri-Cities and surrounding area. Membership is comprised of Tri-City area musicians and CBC music students, both music majors and non-majors. Read More

The group performs at least three times during the academic year and also performs a number of concerts during the summer months at various community events.  The Columbia Basin Concert Band has grown to over 65 members and has performed as a guest ensemble at the CWU Wind Ensemble Festival as well as the EWU Solid Brass Ensemble Festival. 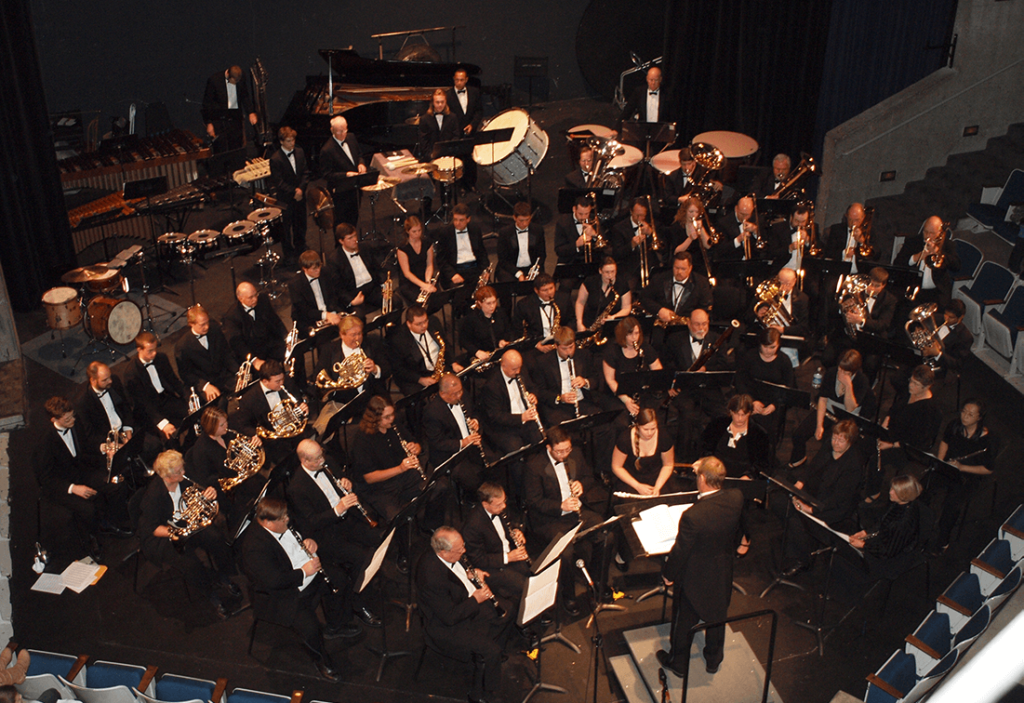 FreeForm is the premier vocal jazz ensemble offered at Columbia Basin College. This ensemble focuses on the traditional as well as contemporary advances in the jazz idiom, encompassing swing, ballad, bebop, fusion, funk and even elements of free jazz. FreeForm 2019 consisted of 12 singers on individual mics, and a rhythm section of piano, bass, and drums. Read More

Now in its 27th year, FreeForm continues to set impressive standards in the vocal jazz movement. FreeForm has traveled extensively throughout the U.S. They traveled to New York City in 2004; New Orleans in 2005, where they were a featured guest group at the New Orleans Music Festival; Dallas, Texas with featured performances at the UNT/Addison Jazz Festival; Alaska in 2007; and Chicago in 2008. FreeForm was honored to perform at the 2013 J.E.N. conference in Atlanta, and the 2014 N.W. A.C.D.A. conference in Seattle. FreeForm has received numerous awards at the Lionel Hampton Jazz Festival and the Reno Jazz Festival, including college winner in 2010, and was named “Best Jazz Choir in the Nation” by Downbeat Magazine for the year 2001 (Stolen Moments CD). The 2003 CD (Behind the Face) won the group the “Outstanding Performance” award from Downbeat Magazine. Auditions for the CBC Vocal Music Department, including FreeForm and DeserTones/Chamber Choir, take place each May. For an audition appointment and any further information please email Mike Scott

The Chamber Choir a.k.a. DeserTones is a vocal ensemble of 24 singers and is part of the established music curriculum at Columbia Basin College. DeserTones was established in the 1960s by Terry Crabb as an auditioned choir performing a very wide range of choral literature from pop/show to traditional. Read More

It was in the early 1970s, under the direction of Byron Gjerde, that DeserTones began to center on vocal jazz as its sole repertoire. This tradition continued through directors Stephen Baer, and Dave Cazier until 2006, when its focus turned mainly to advanced choral literature.

The DeserTones has established an outstanding reputation in the Northwest with tours competitions and other performances. DeserTones has appeared at Northwest ACDA and MENC conferences as well as being the featured college vocal jazz ensemble at the 1983 NAJE convention in Kansas City. DeserTones also takes on the double duty as CBC’s Chamber Choir, learning a variety of traditional choral music in addition to some vocal jazz. In May of 2006, DeserTones traveled to New York City to perform Mozart’s Mass in C Minor with the New England Symphony Orchestra in the legendary Carnegie Hall. The group returned again to New York’s Carnegie Hall to sing the Gabriel Faure’ Requiem under the direction of world renown conductor & composer, John Rutter in May of 2009.  In May 0f 2011, the ensemble traveled to NYC to sing in the world premiere of Vijay Singh’s Mass at Lincoln Center. In June of 2016 DeserTones had a featured performance in San Francisco’s Grace Cathedral, which included the Faure’ Requiem. In May of 2018 they will returned to Carnegie Hall to perform the Morten Lauridsen “Lux Aeterna”. The Chamber Choir/DeserTones is an auditioned ensemble, which includes the members of FreeForm.

The CBC Orchestra is a student/community ensemble directed by Bruce Walker.  Since its inception, its primary focus was to provide an opportunity for student and community string musicians at or around Columbia Basin College to hone their craft of playing inside an orchestral ensemble. Today, continuing with that tradition, we have expanded the ensemble to include a chamber music program that adds instructional coaching for smaller ensembles within the orchestra.  The orchestra performs one concert per quarter and draws music from all points of the repertoire to offer a program that is balanced and informative all while providing a fundamental performance education.  Recent performances have included music from Bach, Telemann, Mozart, Haydn, Brahms, Faure, Sibelius, Bartok, and many living contemporary composers. 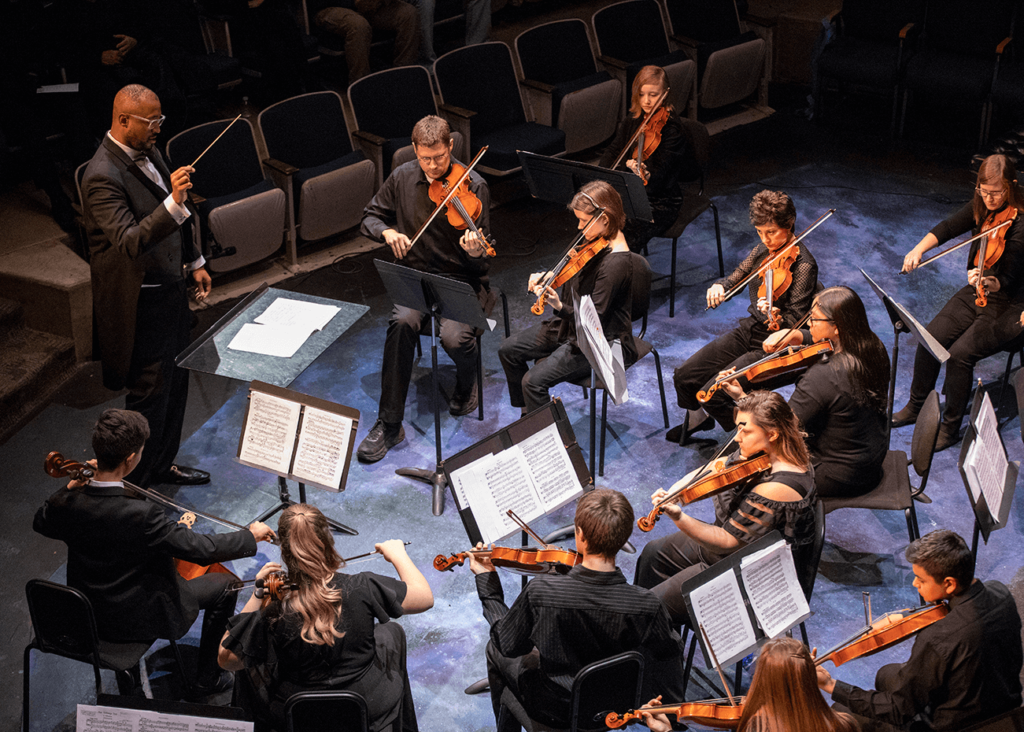 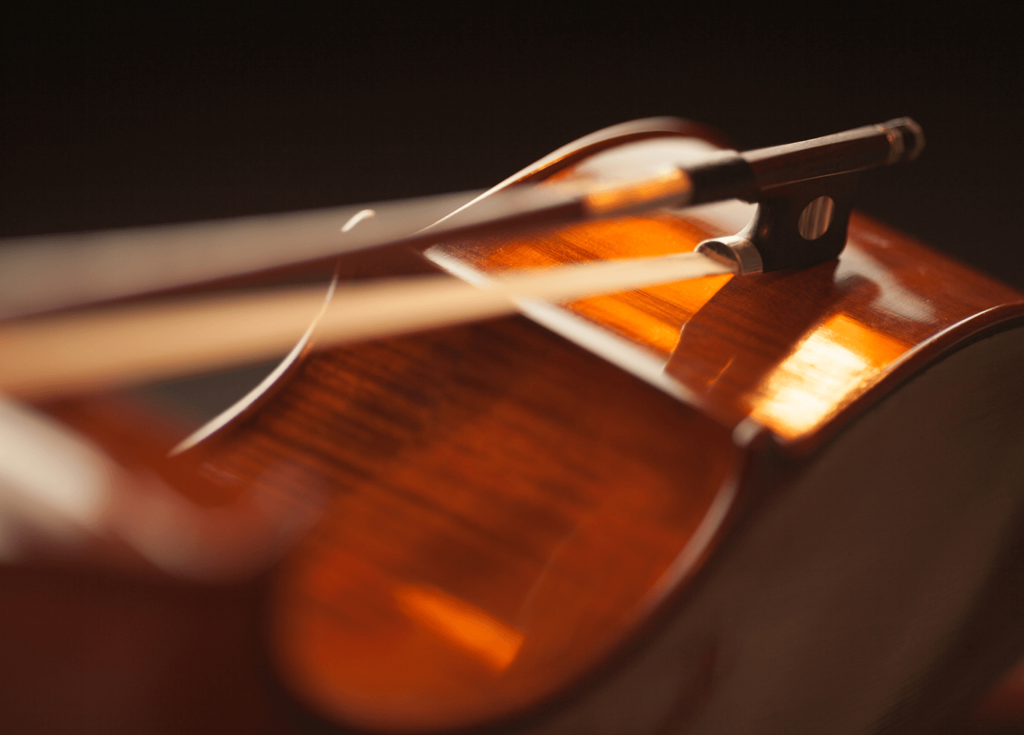 Camerata does not sell tickets to its programs. Support is provided primarily by donations from individual patrons, with additional funding received from corporate sponsorship and grants from organizations like the Washington State Arts Commission and the National Endowment for the Arts and Three Rivers Community Foundation.

In addition to receiving recognition on the program, patrons (donors who contribute $100.00 or more a year) receive an announcement card before each concert. By presenting these reminders, patrons and their families (2 adults and accompanying children under 18) receive priority seating until 7:15, after which everyone is admitted on a first-come, first-seated basis. For full details, please visit Supporting Camerata Musica.

There are no events scheduled at this time. Please check back later!

If you have questions regarding our Performance Groups, please reach out! 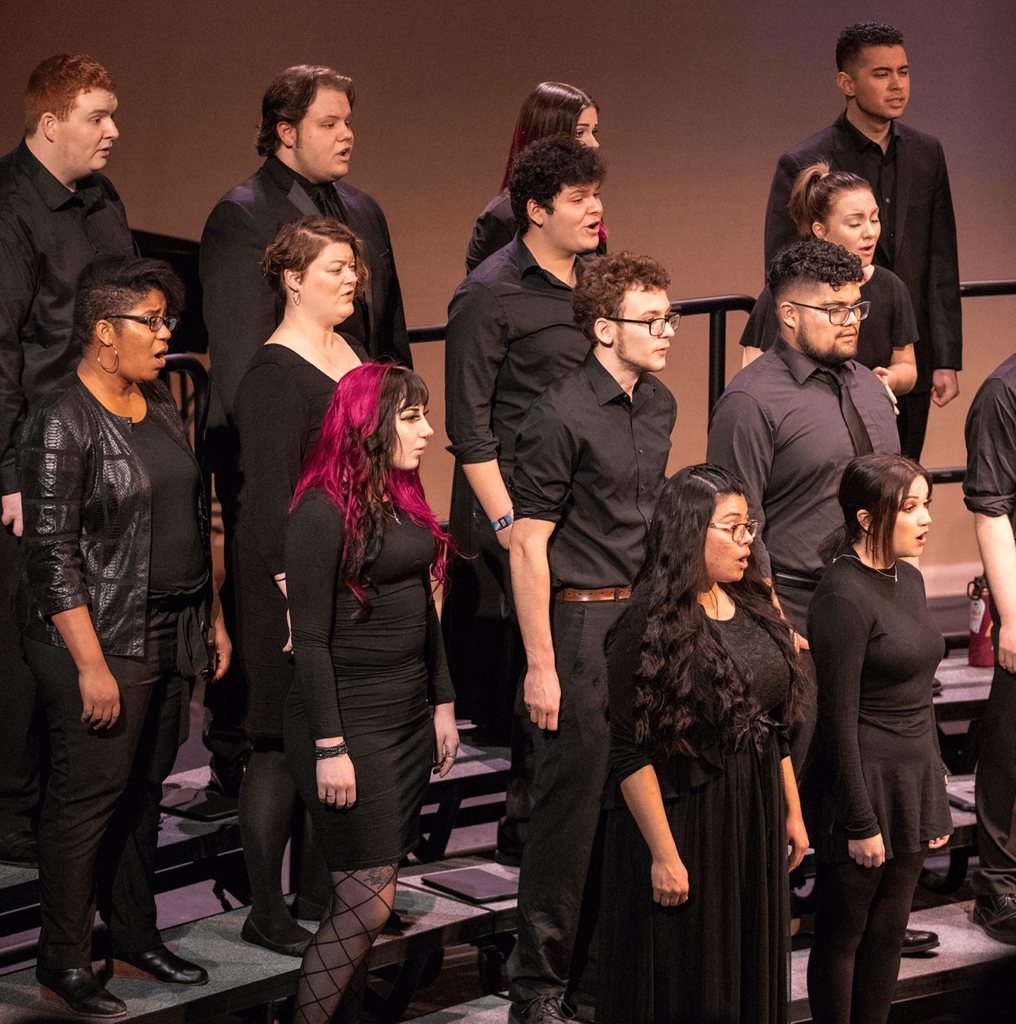